Everyone has money beliefs. They're either helping you attract more money or hindering you from ever receiving and keeping it.

In today's blog post, I'm sharing 4 common money beliefs that just simply aren't true, despite what our society and the big business of higher education would have you believe. 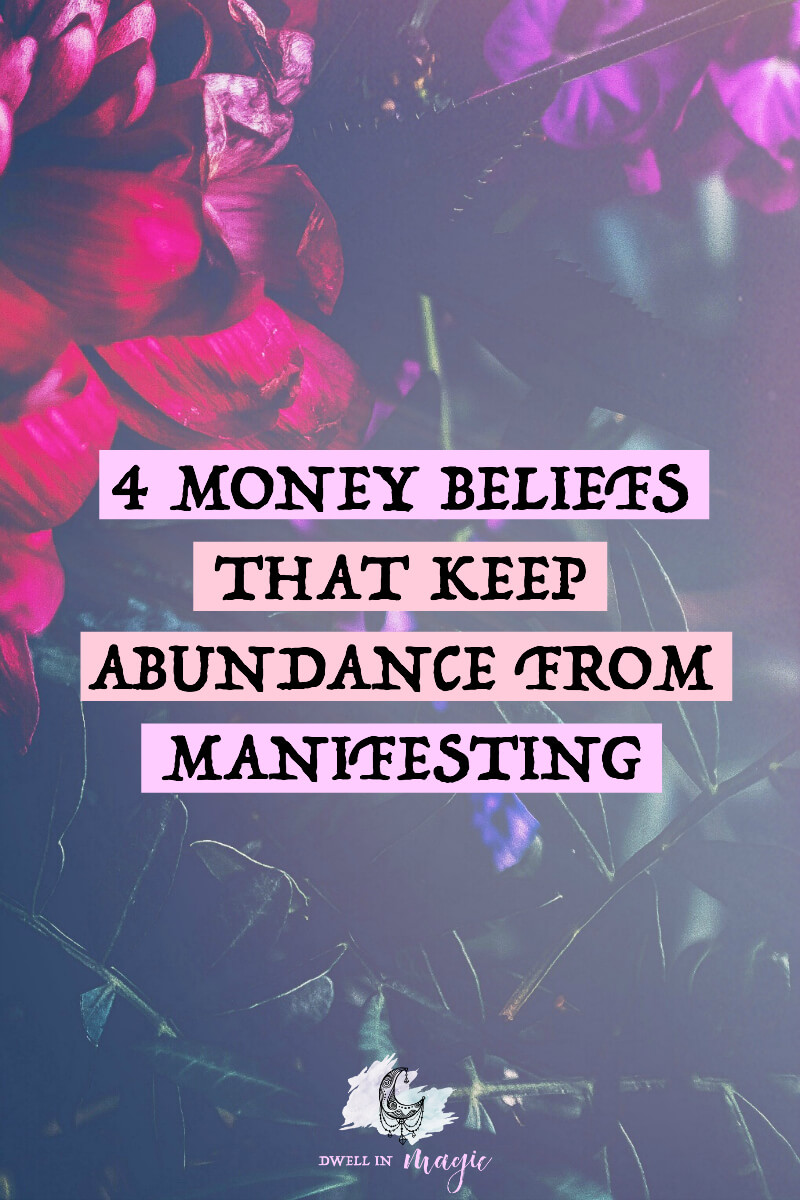 Money beliefs and the law of attraction

When I learned about the law of attraction 4 years ago, I was introduced to this crazy new way of thinking that basically said that what I focused on and felt would be attracted to me. I immediately wondered how this could be possible in regards to money. I thought about money a lot but I wasn't getting any. And how could it be so easy? Everything I had been taught was along the lines of "money doesn't grow on trees" and "the rich get richer while the poor get poorer."

I began to realize that I had several deep-rooted negative beliefs when it came to money. These beliefs were the cause of my lack of money. I could think about money all I wanted, but from a negative perspective, the only thing I was attracting was the experience of never having enough money.

What are your money patterns?

Ohhh how my life changed so drastically and continues to change once I began working on my money myth beliefs. Most of us have patterns with money. My husband's old pattern was always that he would get really successful, but then lose it all; he'd lose the job and use up any extra money he had while looking for a new job. My pattern has always been that I just don't make enough no matter what I'm doing or what degree I have. It's like money is this elusive thing that I just can't reach.

My husband's relation to money could be explained by the fact that when he was a child, his family was doing well in their home country, but then lost their income and decided to move to the U.S. to make a better living. Could this be why he always did well and then had to start over? We've discussed it and found he likely had a deep-rooted belief to panic or stress when things were going too well, because things will crash soon after.

My patterns with money could be explained by the fact that when I was growing up, my parents always lamented over the reality that we never had enough money. My mom had to work outside the home because she couldn't afford to stay home with us. My dad never made enough money and neither did she. They always told me to go to college so I could have enough money because money was hard to make. I know I have deep-rooted beliefs that I'm just not the type of person who has money.

Do you notice any patterns in your money story? What's always been your #1 struggle with money? Not having enough? Losing it quickly when you do have it? Not feeling worthy of it? Thinking it's hard to make?

Recognizing your money pattern can help you pinpoint negative money beliefs you may have and also past experiences that would've ingrained these beliefs into your subconscious. As Louise Hay says, beliefs are just thoughts and thoughts can be changed.

This is probably one of the most common negative beliefs people have with money; money is hard to make. We've got so many sayings and ideals in relation to working hard and honest for your money, which implies that:

You can see how that would make anyone feel that making money only comes with hard work (that you probably won't enjoy) and if you're making it too easily, something's wrong with that.

But actually, if you take a look around the entrepreneurial world, you will find lots of people not working hard, making passive income, and making money doing things they really enjoy. These kinds of people were not even on my radar 4 years ago, but now they're all I see.

Your beliefs will dictate your experience. Convince yourself deep-down that money is easy to make, and it will be. Start noticing all of the good people in this world who make a lot of money without working many hours at all.

Adding onto the idea that you need to work hard and "honest" for your money, so many of us have a belief that people with money are bad. Or they're greedy and controlled by their lust for money. Or they're dishonest and can't be trusted. And we don't want to be any of those things, do we?

Here's the thing: money isn't bad, nor does it make anyone bad. The way I see it, money is really good! Think of all the good things you could do with more money. I bet you'd help your family members. Go on more vacations. Give the best to your children. Donate to charities. Buy things that you love. Live where you've always wanted to.

Money Myth #3: You need a degree in order to make good money

That's the American dream – go to college, get a degree, go work for a stable company and earn a decent wage. That's what I believed because that's what I was told all throughout my schooling and by my well-meaning parents. I felt this pressure in high school to hurry up and decide what I wanted to do with my entire life before the age of 18. In college I switched my major several times because I just couldn't decide. I finally landed on psychology since it was the only thing I had an interest in at that time.

My husband and I could never seem to earn more than a certain amount, and funny enough that amount was around the average that was prescribed to us by society. We didn't believe we could earn much more than the average wage, and so we didn't. Once I got a degree, I still didn't make much money because then I felt like I needed a master's degree to "really" make money. No amount of degrees would've ever made me feel worthy of money though, because deep down I'd always believed that "I don't have enough" and that money was hard to make.

Getting a degree is not a bad thing. It's just not a requirement for making good money! How much money you allow into your reality is directly related to how you feel about money and what you believe.

Money Myth #4: I wasn't born into money, therefore I'll never have it

If you aren't born into money, you might feel like you're out of your element being around luxury or having money of your own. Deep down you don't feel worthy of it because it feels like a different world to you, and so maybe you find ways to immediately spend any extra money you have. Or you talk yourself down and believe that you aren't good with money or even have a subconscious fear that you wouldn't even know what to do with "real" money.

At first, we may think that we'd absolutely know what we'd do if we had a lot of money. We'd go around the world and we'd buy the big house and nicer cars, etc etc. But in reality, when bigger money starts flowing in, it may scare you. I know I've had thoughts like "Oh god, this isn't right...this is too good to be true...I don't even know what to do with this, I shouldn't have it."

The truth is, some of the world's richest people have come from underprivileged upbringings. And maybe you don't want to become one of the richest people in the world, but negative money beliefs like this one hold you back from ever having enough. They keep you struggling and feeling anxious around the subject of money. Who wants to feel like that their whole life around something as crucial as money?

Read books that will improve your money mindset. They are so much more powerful than anything you could read about investing or the economy. Some of my favorites are:

Get Rich, Lucky Bitch!
Big Leap
Think and Grow Rich (a classic, if there's any book you read, read this one! I just repurchased the audible version and listen to it when I clean my house because you can't read/hear this one enough times)
The Abundance Code (I haven't read this one yet but I listened to the author on a podcast and so much of what she said really made sense. I plan on reading this soon)
The Law of Divine Compensation
Infinite Possibilities (this book isn't just on money but it's amazing for fixing a negative money mindset nonetheless)

I hope these tips helped you think about any negative money beliefs that you might be holding onto. I don't hold a desire to become one of the richest people in the world, but I do desire to live a comfortable life doing what I love and spending time with those that I hold dear. Healthy money beliefs make life so much more magical and enjoyable!

Do you have any awesome money affirmations you tell yourself? Let me know so I can add them to my list! And be sure to connect with me over on Instagram for more manifesting inspiration.

Jessica Dimas is the author of Anything Can Be: A Reference Guide for Applying the Law of Attraction. Connect with her on Facebook and Instagram for more inspiration and updates. 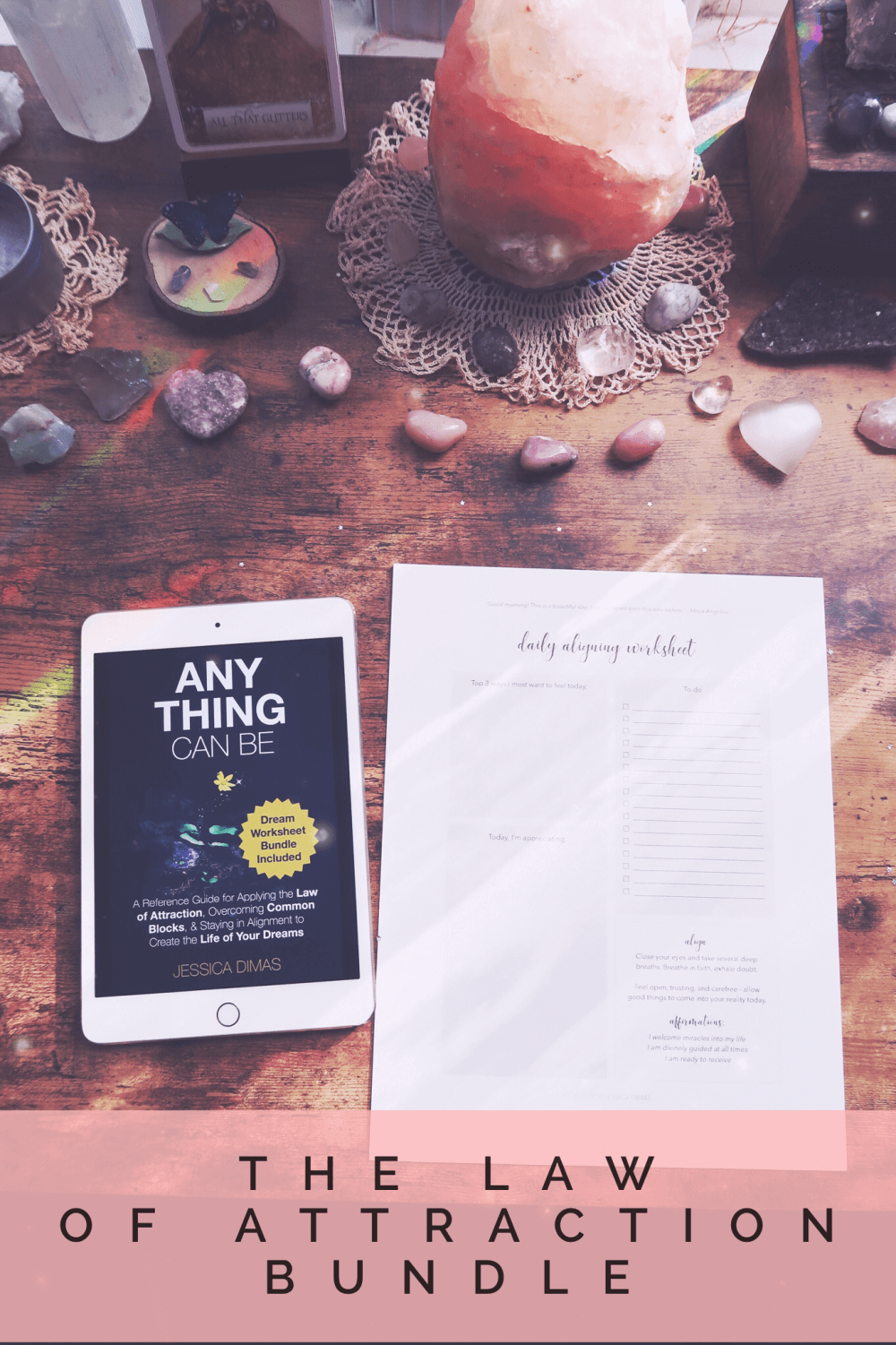 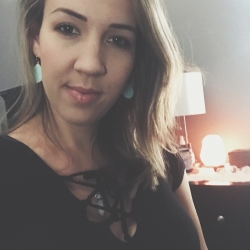 Latest posts by Jessica Dimas (see all)
« Sacred Self-Care for Kids
The Best Spiritual Books That Will Change Your Life »
1.1K shares