I'm back today to share part II of my anxiety story. In Part I: Finding Myself in the Upside Down, I shared the beginning of my anxiety (or at least what I thought was the beginning...in reality I'd been living with anxiety for a very long time). 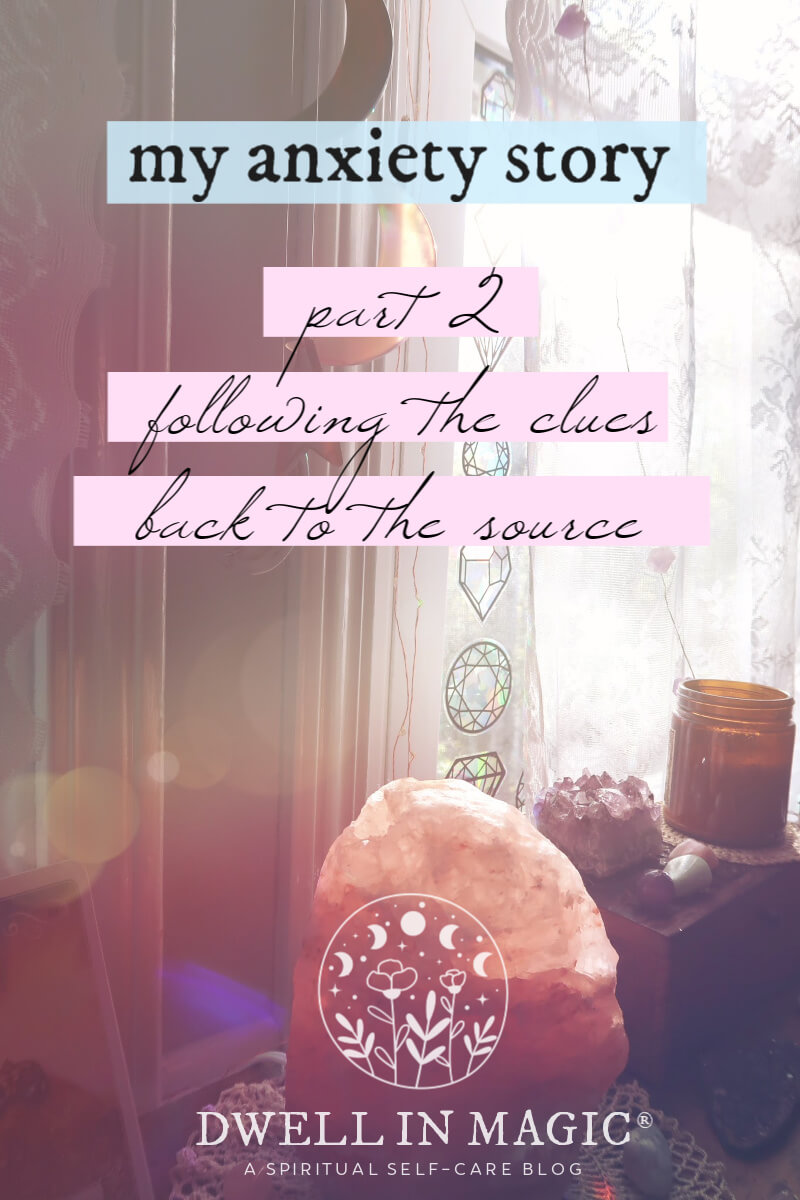 The lump. It went away at the end of my cycle. At first I was a bit more logical and thinking "well, it's obviously something cyclical." But there was a big part of me, my ego mind (or amygdala if you want to be specific), that had already blown whistles and set off the alarms to my entire system that something was wrong.

I kept questioning why and how it showed up. I couldn't know for sure unless I went to get checked but I also wasn't ready to see a doctor. What if they told me my very worst fear? Knowing what I know about the power of the mind, I knew I wasn't ready to hear that yet. I needed to be more stabilized.

For the first few months, when the painful lump would show up on schedule two weeks before the end of my cycle, I handled it the best way I knew how...which was to immerse myself in reading material on healing.

I didn't say that's the best way to handle something, but it was the best that I knew at that point. I felt myself slipping more and more into a dark place. I couldn't seem to unlatch from the fear that had gripped my mind. I became increasingly less rational.

Everything in my life felt muffled. I was present in conversations but didn't really hear them. I was going through the motions and getting things done, but it's like I was in a small cage trapped in my mind.

I became more despondent and began withdrawing from things I had previously loved, especially during the weeks when the pain was present.

Again, knowing what I know about the power of my mind, I knew I needed someone to throw a rope down into the hole I'd dug myself into. I could very clearly see a downwards trend in my mental health and knew I couldn't do this alone.

I had been following Robin Hallett, an intuitive healer, for a few years but had never worked with her. I remember the day I first got on the phone with her and immediately felt the warmth from the light she shared in a short 20 minute conversation. I knew I had found my person.

I felt like a child in the dark, trying to not move a muscle out of fear, and Robin felt like safety walking into the room with a nightlight. She told me everything was going to be okay and it felt so good that I knew it was true.

I started meeting with her every Friday. I lived for those Fridays. At first, I would be okay mentally until the following Tuesday or Wednesday, but over the months I began feeling better for longer periods in between speaking with her.

I realized how crucial having a container was. Robin provided a safe place for my emotions, fears and thoughts. She held space for me every Friday and in doing so, I began to breathe a little deeper.

Going to the source of my anxiety

Over the next several months, I spent a lot of time in reflection. Life felt like a mystery and I was searching for the clues.

If I could count the number of times I just sat on my porch in silence, thinking about all that is, we'd be here all day. I began giving myself permission to withdraw from people and situations that were draining me. Just so I could sit and breathe.

What I found during this time began to lead me back into my childhood. I thought about death and my greatest fears. I thought about why they scared me. All signs began pointing back to one emotion: shame.

I couldn't believe shame was at the core of my fear of dying. I could say I'm ashamed that shame is the main feeling that comes up for me when I think about these things, but then that just gets pretty hilarious.

Shame was there, waiting for me. Fear and anxiety had escorted me up to it's doorstep. Where did it come from? How could I talk to it, process it and release it?

From this new awareness, I began to unravel the shame from where it first began. I remembered the seed of shame that had been planted in my mind by a caretaker beginning when I was around three years old. For 5 years on a near weekly basis, I experienced emotional and sexual shame.

That seed had turned into a full-fledged field of weeds I was honestly unaware of all these years later. I did have some breakthroughs on the experience a few years ago, but that was really only a recognition that it had even happened.

Now it was time for me to acknowledge the field that was there, and that in almost every area of my life I had been operating from this field.

Shame governed everything from my sexuality to how I presented myself to the world. Shame was the secret I had attempted to keep my whole life.

I'd been keeping secrets since the first time I experienced the abuse. Through all the doctor visits as a child because of the recurrent UTIs and bladder infections. Through the shame thoughts that helped me to fall asleep at night. Through all the ways in which I relived that shame over and over again because it comforted me in some strange way.

The cage I'd really been living in was that of shame. And I really believe that anxiety had shown up with the key to set me free.

In the last part of this anxiety story, I'm going to share all the beautiful revelations that came to me in those final months. There was blame, anger, so many questions and deep realizations.

There was also an array of people who individually brought me gifts, or clues, to this mystery riddle I had been trying to solve. Together, I was able to piece together a complete picture.

Thank you for reading and I hope that in sharing my story, it can help to shed some light for others who are on a similar quest.

Jessica Dimas is the creator of Manifesting Magic with the Moon, a holistic self-care ritual bundle. Connect with her on Facebook and Instagram for more inspiration and updates. 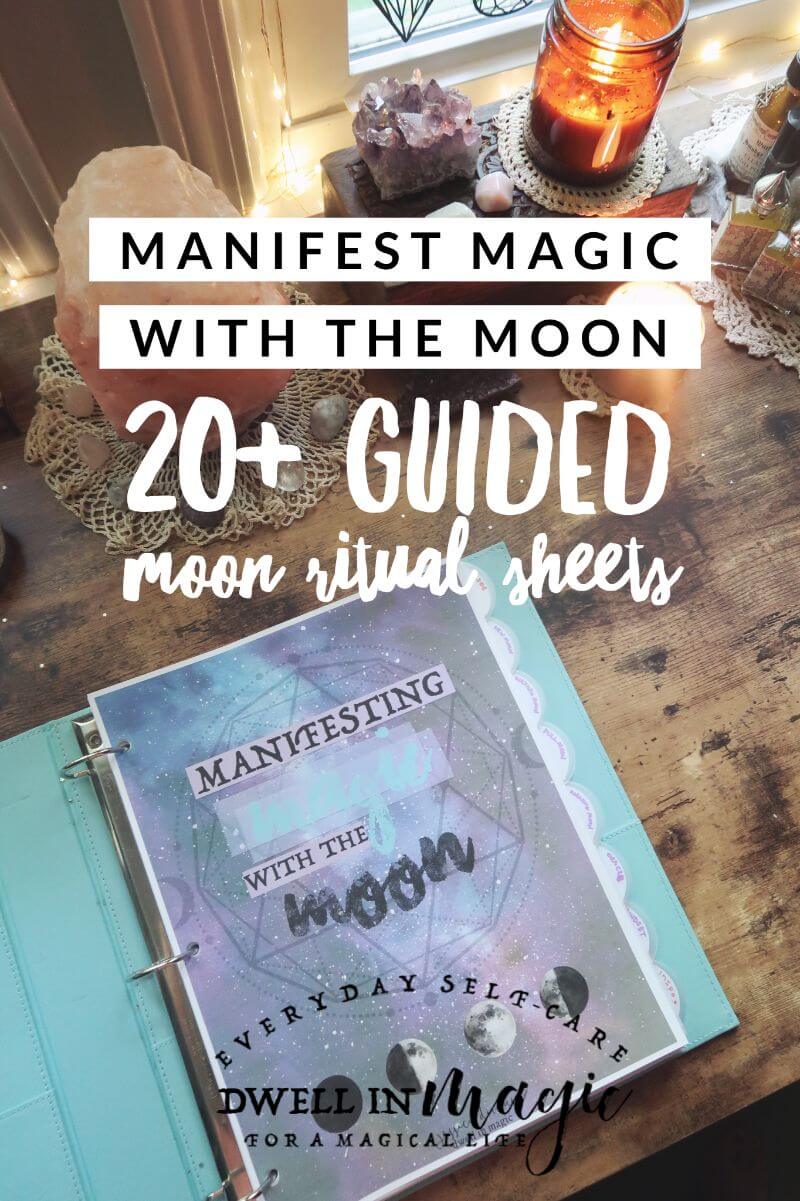